My relief came  when the 85th Texas Legislature failed to pass a useless bathroom  ban bill that would make Texas less friendly to transgenders and their families.  Gov. Abbott, who had failed to get support for this and faced opposition from many sides, was so determined to get something on the books that he has called the Legislature back into  special session July 18.  Well, to be honest, he said they did not finish their work in their allotted 140 days so a special session needed, but obviously he would not mind it being brought up again.   On May 2 of last year I wrote about my concerns in a post,  “Monday Madness: Writing on the Bathroom Wall,” and still oppose such legislation.  For now I will focus on the lighter and more positive side of Texas politics.

Kudos to the 85 Legislature for getting  essential bills passed in the regular session with apparent bipartisan support!  I had tried to keep up with what the Texas politicians were doing with the budget and bathroom issues, but did not know about the hog issue until I read a post by blogger Philosopher Mouse of the Hedge titled, “No Lard, if by Land.”  Only in Texas!

It seems the Gov. signed  HB3535 into law that will allow “taking certain feral hogs and coyotes using a hot air balloon” that will be effective September 1, 2017.  Parks and Wildlife will apparently be charged with working out the details of how it will be implemented and which “qualified landowners or landowners’ agent…may contract as a hunter or observer…to take depredating feral hogs or coyotes.”

Granted, wild hog population has increased and a pack of hogs can do a lot of damage to crops and the environment and create havoc for even some deer hunting. They breed readily and have no natural predator.  It is a serious problem to farmers and ranchers.   In the last few months a form of warfarin, basically rat poison and used as a blood thinner for humans, was considered as a way to get rid of them but it seemed it was a slow and inhumane  death as well as having other concerns about the viability of the idea. Feral hogs can already be legally hunted by helicopter, but that seems more like brutal warfare with visions of hunters hanging out the side of a noisy chopper.  The hot air balloon approach seems more sporting somehow, but I do wonder how it might work out.

Will it catch on as a romantic flight as the balloon drifts over the unsuspecting hogs?  Will hunters prefer guns or bow and arrow?  What about the pictures hunters seem to favor posed by their kill?  Will there be wine, cheese, crackers and pate available in a wicker basket?  What should one wear?

Silly me to want details but I can’t help but think of the possibilities to add a new dimension to hunting while helping to get rid of animals that are a nuisance and help the environment .  I envision camouflage balloons.  What else!  And maybe pink camouflage balloons for the lady hunters!

I really liked Philosopher Mouse of the Hedge’s post  (especially the title), but I could not resist writing about it also.  Check that post out; it contains some good links.

With all sincerity I hope this new approach works and look forward to seeing those camo balloons gliding in the blue skies of Texas!  For those who think we are making this up, here is a link to HB3535 signed into law June 12, 2017.

Learn more about feral hogs from the Texas Parks & Wildlife. 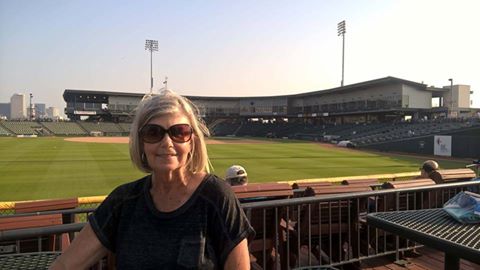 Portraits from the first 100 years of photography

Bringing out the best in Everything ❤️